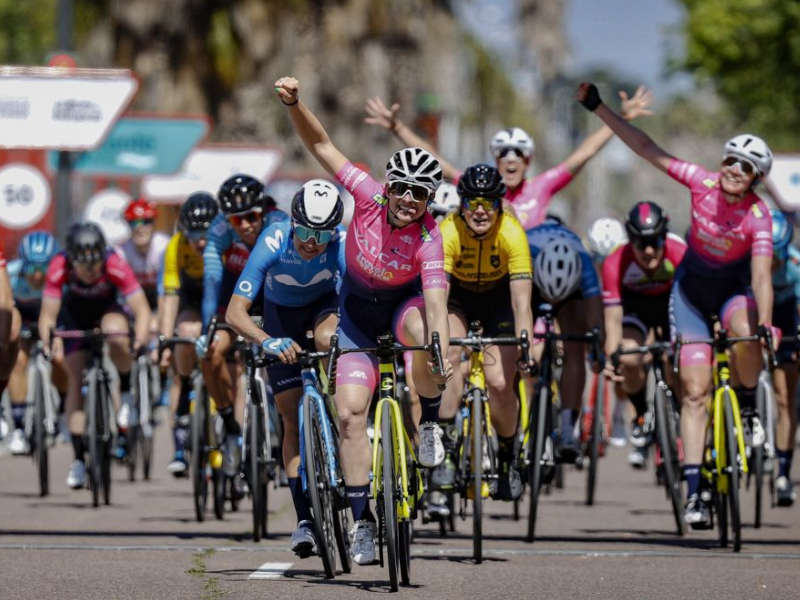 Important news at Valcar-Travel & Service: after a brilliant start of the season with two victories at the Ronde de Mouscron and at the Vuelta CV Feminàs and the recent 2nd place at the SPAR Flanders Diamond Tour, Chiara Consonni has married the new technical project and has signed a contract renewal for another two years with the team that raised her since she was a junior.

An important agreement both for the growth of the athlete, but also for the team that will have the honor of running one of the purest talents on the world cycling scene until 2023.

In fact, at the moment Chiara Consonni holds the 24th position in the UCI world ranking, she is the third best Italian in the world, but above all she is the second youngest athlete among the top 30 of the world ranking (only Emma Jorgensen is younger than her by only one month ).

The renewal of Chiara Consonni is also an important news for the team sponsors, because the Bergamo-born is not only one of the strongest and most promising cyclist in the world, but she is also one of the most followed and appreciated athletes thanks to her 30,000 followers on Instagram.

“I am happy to have renewed the contract with Valcar-Travel & Service – explained Chiara Consonni – because this is a very close-knit work group starting from the girls, passing through the staff and up to the sponsors. Over the years we are continuing to learn new things both us athletes and at the team level, and we are continuing to grow and improve. “

Important news also commented by Valentino Villa, president of Valcar-Travel & Service: “This is a fundamental step for the future growth of our team, because Chiara is an athlete who has given so much to our team, and is growing on sight. Her season is terrific. In these 6 years – two as a junior and four as a professional – not only has she won a lot, but she has been an example for how she has made herself available to her teammates. We will always thank her for this . In many successes of many girls in our team there has always been Chiara’s ‘hand’; the fact that she remains here for another two years fills us with joy and gives us further motivation to continue working seriously.”