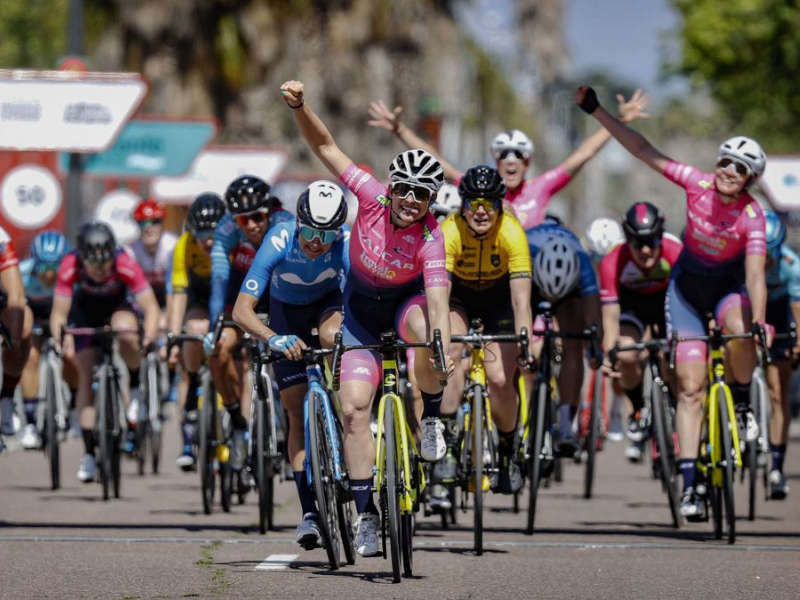 Another seasonal victory for Chiara Consonni who dominates the Vuelta Comunitat Valenciana Feminàs demonstrating a clear superiority in the final sprint in which the Valcar – Travel & Service train once again confirmed itself as the strongest and most compact on the world women’s cycling scene.

In fact, in addition to the second seasonal success conquered with disarming ease by Chiara Consonni, there were also the placings of Martina Alzini (5th place), Silvia Persico (9th place) and Ilaria Sanguineti (14th place).

The girls directed by Enrico Campolunghi today were impeccable throughout the entire race that ended in the city of Valencia. The work of Matilde Bertolini and Margaux Vigié was important to keep the group compact, while in the final Alzini, Persico and Sanguineti were superb in dueling with the opposing trains and in bringing Chiara Consonni to the best positions.

“The sprint was difficult – Chiara Consonni told Eurosport / Global Cycling Network microphones – because I knew that Movistar was a strong team. I am very happy with the work my team has done, they closed the gap with the fugitives and threw me for the sprint. Racing in Spain at the Vuelta Comunitat Valenciana is beautiful, the weather is very hot and winning here is a pleasure. Now I will concentrate for the next race in Luxembourg, I hope to continue like this ”.

At the end of the race the team was awarded as the best team of the day on the Valencia stage. This poker of placings also allows Valcar – Travel & Service to be at the top of world cycling. With three seasonal victories (GP Oetingen, Ronde de Mouscron, Vuelta CV Valenciana) and numerous placings in the top ten of Elisa Balsamo‘s World Tour races (today engaged in the Amstel Gold Race where she finished in a group) the girls of Davide Arzeni confirm that they are the revelation team of international women’s cycling with ample room for growth.