FAS AIRPORT SERVICES cyclocross: Silvia Persico and Lucia Bramati on the top step of the podium at the World Championships 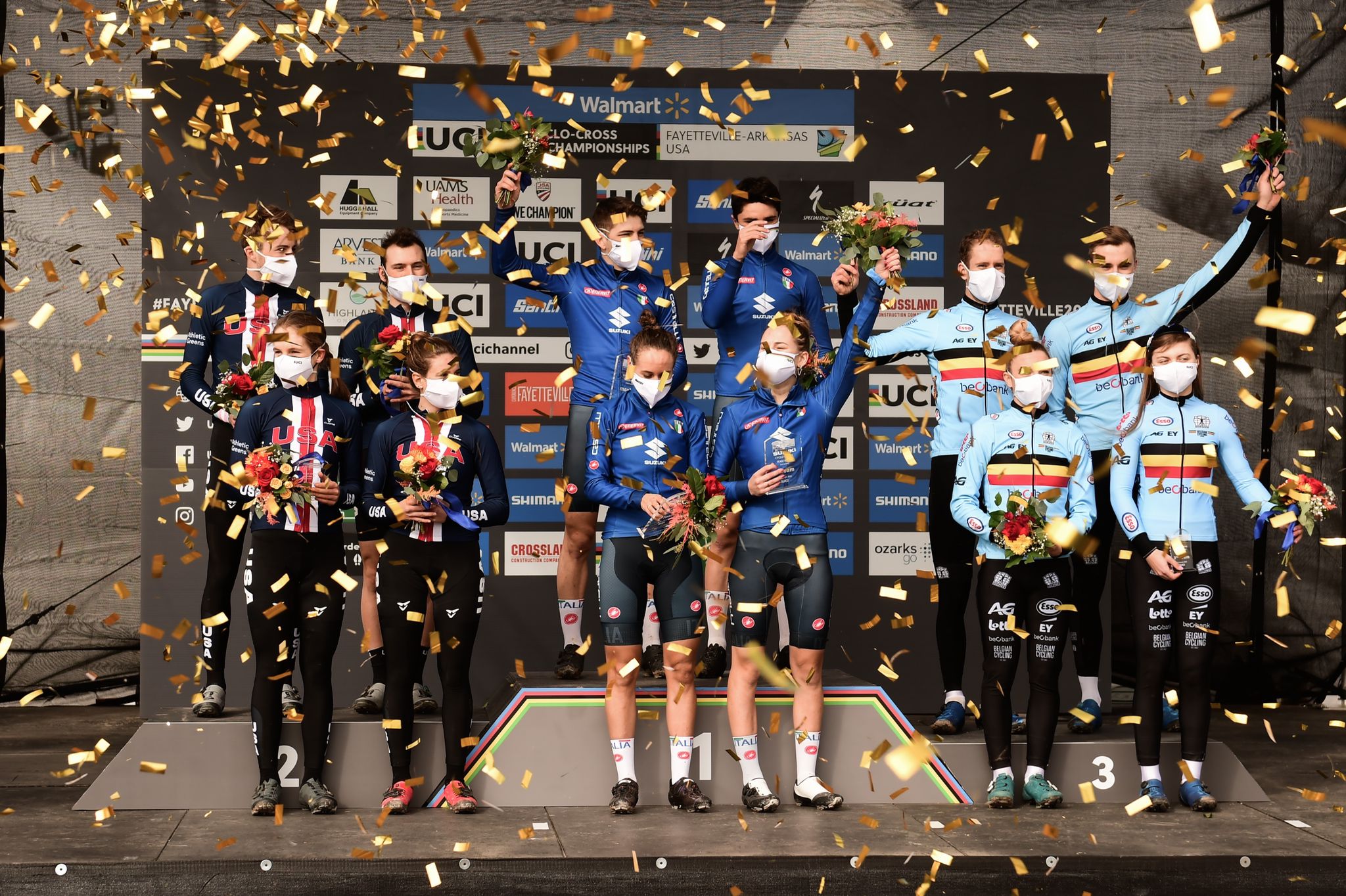 The world championships in Fayetteville (Arkansas) start as best they could. In the relay team,
relay test for the first time included in the world championship program, the little blue train won the first
place, also thanks to two athletes of FAS Airport Services: the elite Silvia Persico, second fractionist, and
Under 23 Lucia Bramati, third in starting order.

In what was a test questioned to the last by the numerous absences for covid (and which has convinced the Federation to bring the number of members of each team from six to four), Daniele’s blues Pontoni have been the authors of convincing evidence. Good departure for Samuele Leone, who passed the witness to Silvia Persico in third position. And the Bergamo woman from Cene has done her homework splendidly, recovering two positions and being surpassed only by the elite of the Czech team. Lucia Bramati is doing well too, capable of shortening the gap compared to the Czech Republic tread and managing the return in the best possible way of the US team.

The Italian Under 23 champion Davide Toneatti then took care of finalizing the work of the blue team,
who left the hosts and the Belgian team behind.
A very auspicious result in view of the individual tests, which will see Silvia Persico and Eva Lechner on Saturday at 2.30 pm (9.30 pm in Italy) and then the Under 23 Lucia Bramati, who will compete on Sunday evening at 20 (Italian time).