By fas-airNovember 9, 2020News
No Comments 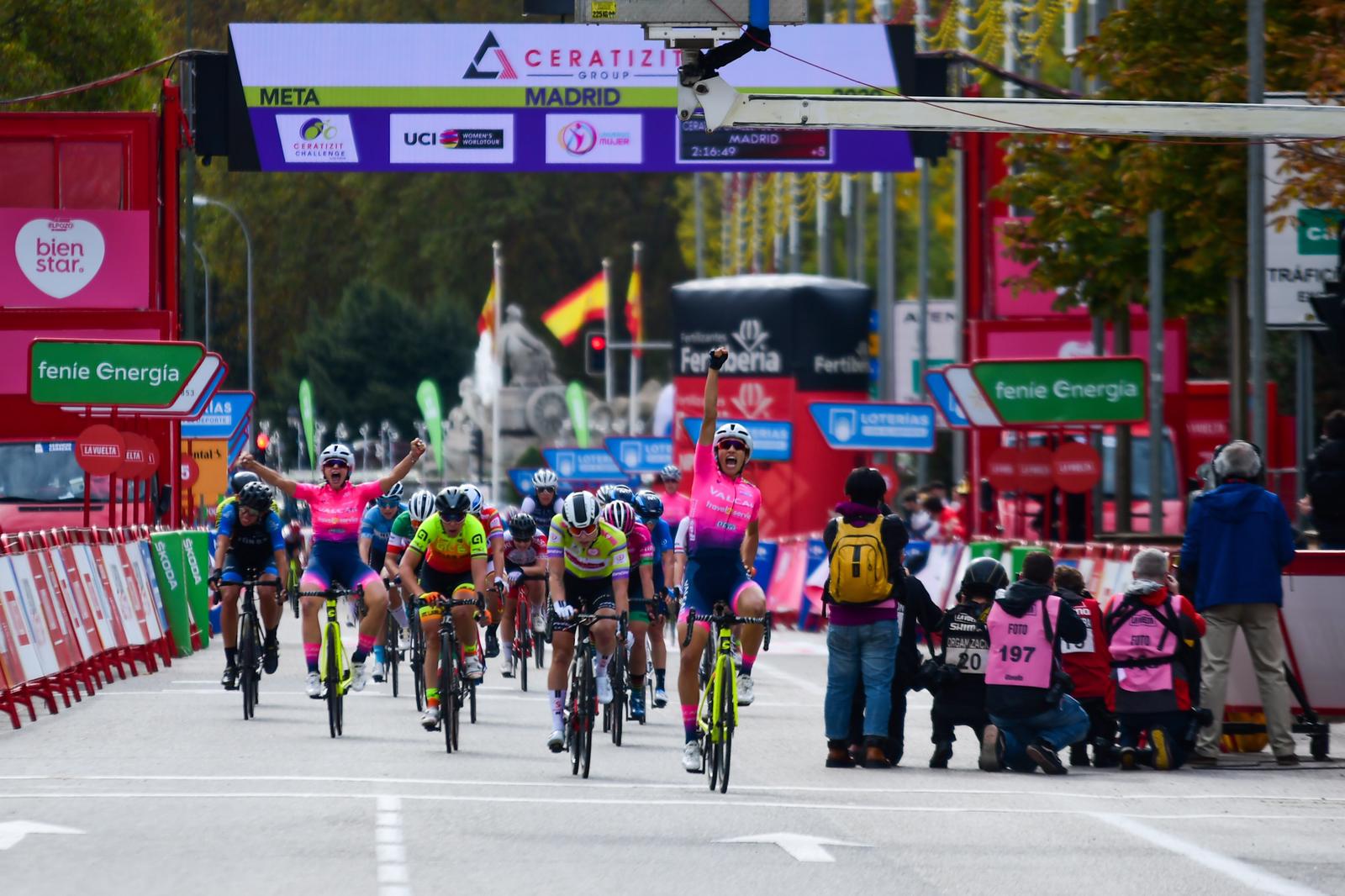 After the 2nd place obtained in the first stage on Friday, Elisa Balsamo wins the 3rd and last stage of the Challenge by La Vuelta in Madrid. Excellent 4th place by Chiara Consonni.

She had declared it together with his d.s. Davide Arzeni two days ago that the goal was the victory and so it was: Elisa Balsamo won the third stage of the Ceratizit Challenge La Vuelta, the last stage of the ‘female’ Tour of Spain and proved, once again, the incredible reliability of an athlete who rarely misses important occasions. What was the victory of the last UCI World Tour race of the season is undoubtedly also the most prestigious victory of the already rich palmares of the 22-year-old Piedmontese from Valcar – Travel & Service who never ceases to give joy to their fans.

Since the junior world championship won in Doha, passing through the recent European conquered in the under 23 category in Plouay and arriving at this World Tour success (it is the second after the success of 2019 at the Giro della California) Elisa has confirmed this tendency to be there ‘in the moments that matter. That is, the characteristic figure of the great champions.

And it is no coincidence that in Elisa’s most beautiful victories there is also the hand of Chiara Consonni: in all the photographs that immortalize the aforementioned victories, you will always find the arms raised even by the Bergamo woman who today finished in fourth position. But if in the previous cases it was Chiara herself who pulled the sprint to Elisa, this time it should be emphasized the exceptional quality work of Vittoria Guazzini and Ilaria Sanguineti who came out at the right time – about 1 km from the finish – to pilot the companion. team for the final sprint.

A work aimed at the best by Elisa Balsamo who when launched in this way, does not forgive. Behind her, nothing could Lorena Wiebes who had to surrender to the progression of the Italian, while the former Italian champion Marta Bastianelli climbed on the third step of the podium.

A masterpiece victory in the last road race of the season that seals the commitment, quality and seriousness of the work of a team, Valcar – Travel & Service, which in such a troubled year due to the Covid-19 emergency is still managed to get important results, but above all to increase the average level of each of his young athletes. Now the Valcar – Travel & Service athletes will be called to do well also with the national team jersey.

In fact, next week the European Track Championships will start in Plovdviv in Bulgaria. In addition to Elisa Balsamo, the participants will also include Chiara Consonni, Vittoria Guazzini and Miriam Vece.