POZZATTI TRIUMPHS IN THE WORLD CUP! PRIARONE 15. AT THE IRONMAN 70.3 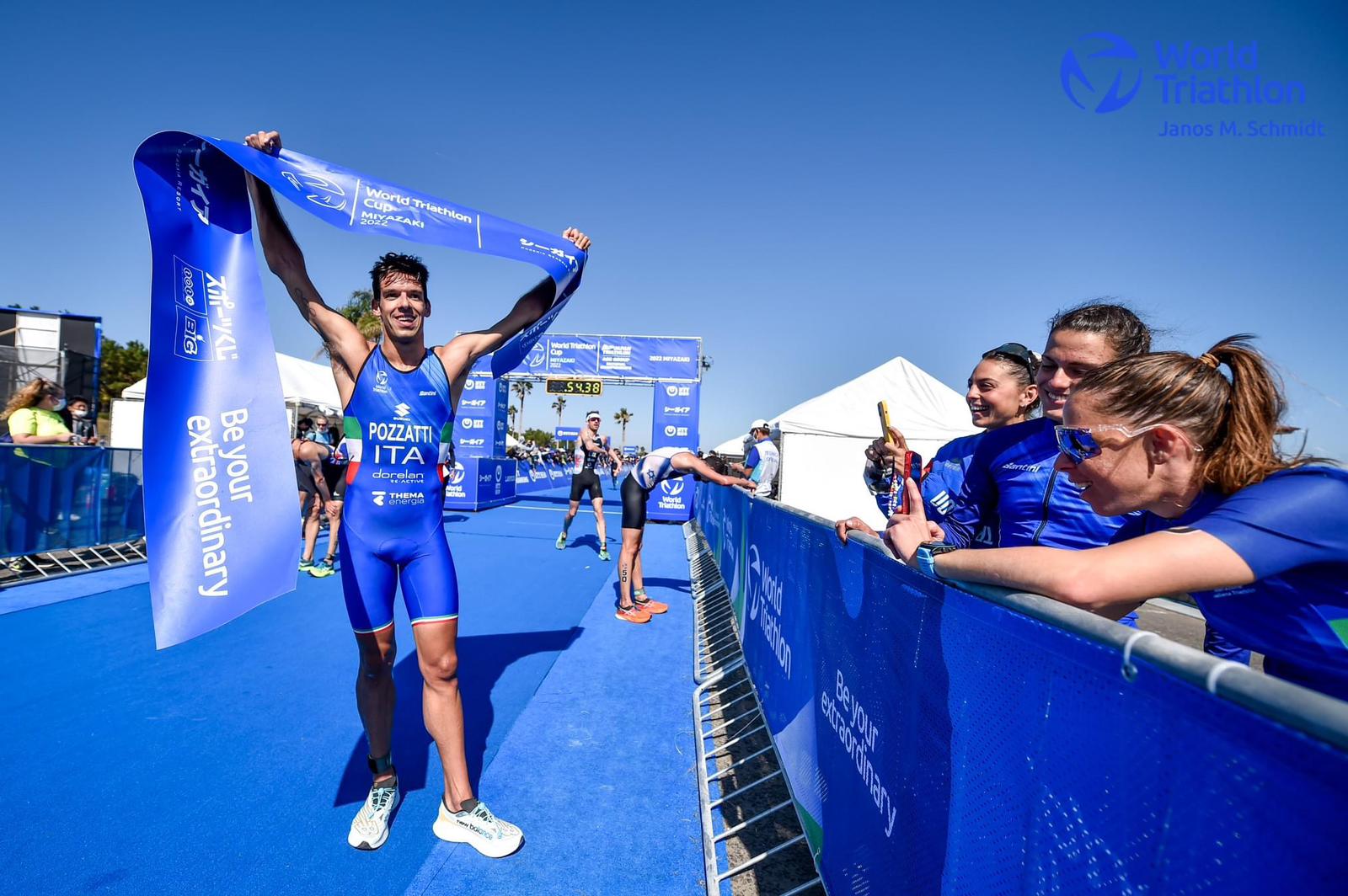 What a weekend for the 707 Team Minini! Two days practically perfect for the club bresciano, engaged on two fronts, both of international mold, with three athletes. And each driver of the red-black team really gave the maximum, centering the best possible result. Starting with Gianluca Pozzatti, who made history once again. After the seventh place in the World Series, the best all-time finish for a Italian, the triathlete from Trentino in fact hits a great success in the Japanese stage of the World Cup.

It is the first success in the World Cup for both Pozzatti and 707 Team Minini. Therefore, a double joy destined to remain eternal as only businesses can be. The athlete of the National Team, in the triathlon sprint of Miyazaki, shows a spotless performance: together with the first in swimming, it pulls the tread in the cycling fraction and then it is managed perfectly in the last 5 km of running.

First he lets the landlord Takumi Hojo vent and, in the last 500 meters, he plays his trump card, an extension that leaves no escape to rivals. This is a historic victory and many valuable points in the international ranking in view of the Olympic qualification for Paris 2024. Now Pozzatti will prepare his last race of 2022, the WTC Finals, the World Championship that will be staged on November 26 in Abu Dhabi.

At the start of the Japanese appointment there was also Luisa Iogna Prat, also the author of a very good performance. The athlete of the Brescia club is in fact placed in 14 place, a truly convincing result because the gap from the best does not exceed the minute. In particular, Iogna Prat completed the first two fractions at the level of the best, then containing the gap from the summit in the segment of race, the one to her less congenial.

The protagonist of the weekend was also another girl of 707 Team Minini, Giorgia Priarone, who in the Ironman 70.3 World Championship amazed everyone and conquered a fantastic 15th place. His test, characterized by the usual comeback between bike and race: and to think that the Priarone, very busy in the last period, was not at the top of the condition. As if to say that the coming years can still improve in this event of medium distance.

Meanwhile, the 2022 duathlon sprint European champion confirms her international standing with another race of great depth: in St George, Utah, the debut of the Piedmontese in the Ironman 70.3 World Championship went beyond expectations, giving Priarone and the whole team a great satisfaction.

Germano Raddi, president of the 707 Team Minini, confirms this: “I am over the moon, we have proved to be once again competitive at the international level, and this is the most important thing. Giorgia was perfect, Luisa showed what she was worth and Gianluca realized the dream of the whole team. In recent months it has changed gear and, once unlocked, is expressing its great potential. The victory is well deserved and is a stimulus: Pozzatti can really compete with the best. This 2022 is the best team ever had in every respect: athletic and human”.