Reduced VAT on hotels and tourism:
tick the hypothesis of the rate at 5% 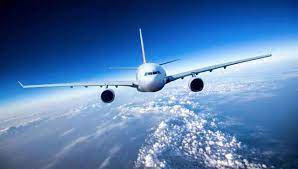 Cut in VAT on tourism products and in particular hotels: in the cauldron of proposals for the revision of the tax system there is also a reduction in value added tax for the travel sector.

As reported ilmessaggero.it, the idea would be to bring the rate to 5%, with a halving compared to the current 10%. The possible application should arrive with the proxy law scheduled for February next year. To advance the idea is the Deputy Minister of Economy Maurizio Leo.

The relaunch of the section
The proposal is part of the drive to relaunch a sector that had almost completely stopped during the pandemic but which has shown great resilience after the closure of the emergency.

The cut of the VAT would intervene also on another aspect particularly delicate for the Italian tourism, that is that of the prices: The Peninsula has always been accompanied by the reputation of being a destination with high rates and the cut of VAT could help reduce the cost of a holiday in Italy.

The details, however, would still have to be defined, since, as stated before, there are still several months to the approval of the law that should contain the measure.