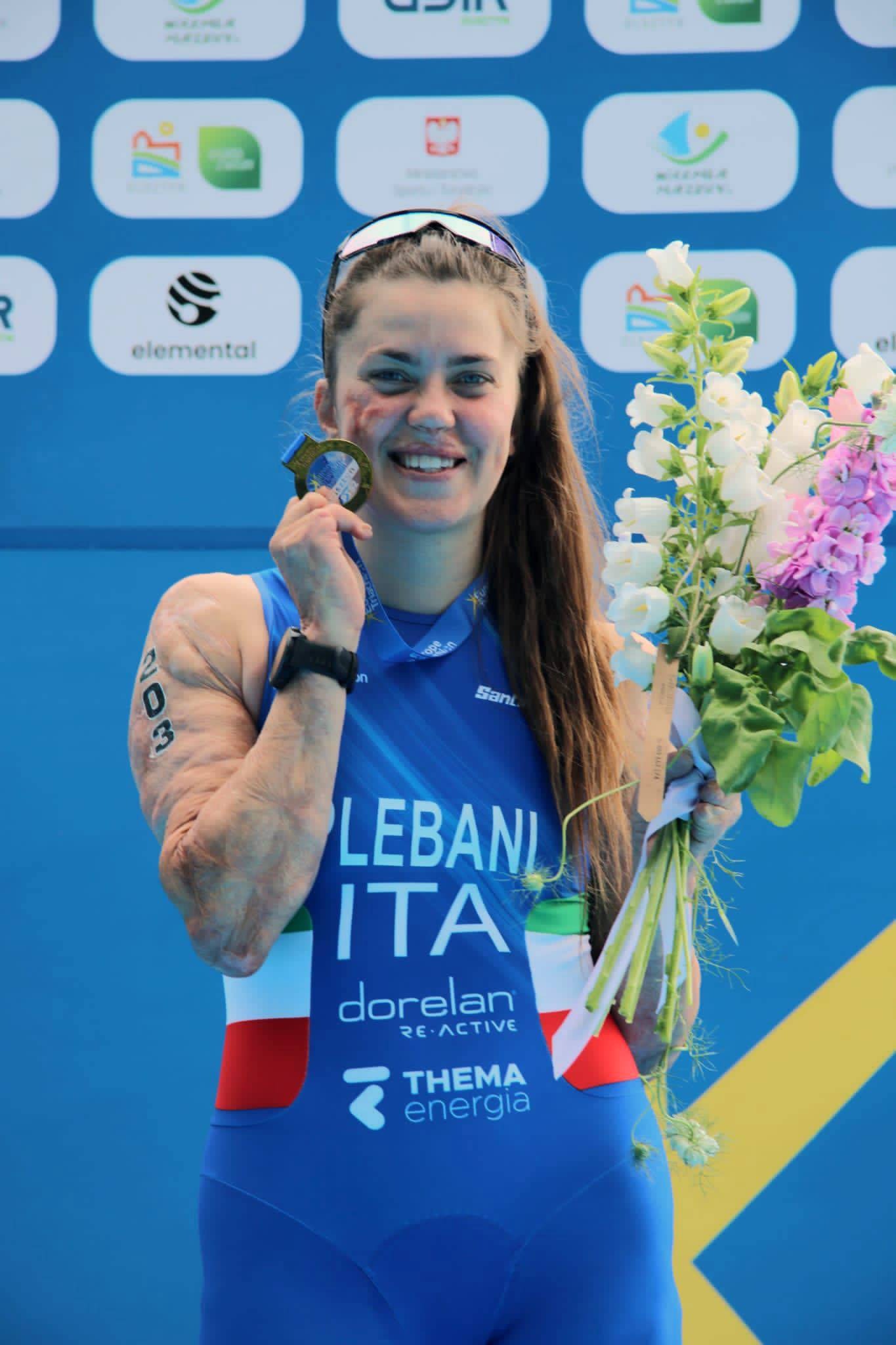 It was a busy month of May for 707 Team Minini. But also of bad luck and some empty passes for the athletes of the Brescia club, who in recent races have struggled more than expected to show their true face.

However, Veronica Yoko Plebani took care of bringing the serene 707 home: the blue won in the European Paratriathlon Championship and thus wore the gold medal in the PTS2 category. Therefore, the medal table of the 26-year-old from Brescia is enriched, who adds this prestigious continental metal matured in Poland to the bronze conquered at the Tokyo 2021 Games: it is the best way to continue working in her run-up to the 2024 Paris Olympics.

However, the overall European Championship did not go as well for Asia Mercatelli. The young triathlete of the black-green team did manage to qualify for the final, but in the final act of the Polish race, during the swimming fraction, she accidentally received a punch in the face resulting in a bloody nose, thus struggling to make her mark by classifying in 31st place. Mercatelli herself also participated in the stage of the European Cup which was held in Caorle and, with her, teammates Luisa Iogna-Prat (the best, 12th) and Davide Ingrillì: for all an important experience gained in the presence of rivals in thickness.

Iogna-Prat then raised the bar in the World Cup event staged in Arzachena. The standard-bearer of 707 Team Minini fought for a position in the top ten until the end of the expensive cycling stage on the Sardinian circuit, to then place herself in 19th place in the final ranking. Performance in chiaroscuro also for the standard bearers of the Brescia club: from Gianluca Pozzatti (involved in the Yokohama WTS) to Ingrillì (away to Sharm el-Sheikh for the African Cup stage).

“I am very happy for Veronica: good results and above all her condition – is the cold analysis of Germano Raddi, president of 707 Team Minini -. In the previous races the guys got used to me very well, however in the last competitions we collected results lower than expected, the result of some technical errors in part and unfortunate episodes on the other: even taking into account the high level of the events, we were not able to express our true value for a variety of circumstances “.

The number one of the Brescia team therefore asks his athletes for more concentration and clarity from the next appointments, to collect what their qualities allow. In this regard, on 4 June the DeeJay Tri in Milan calls Mercatelli and Ingrillì to the rescue. The following weekend will instead be very full: Gregory Barnaby returns to the Bardolino triathlon after the third place in 2015, Pozzatti seeks redemption in the WTS of Leeds, while Giorgia Priarone will compete in the European duathlon championship with the Italian national team.