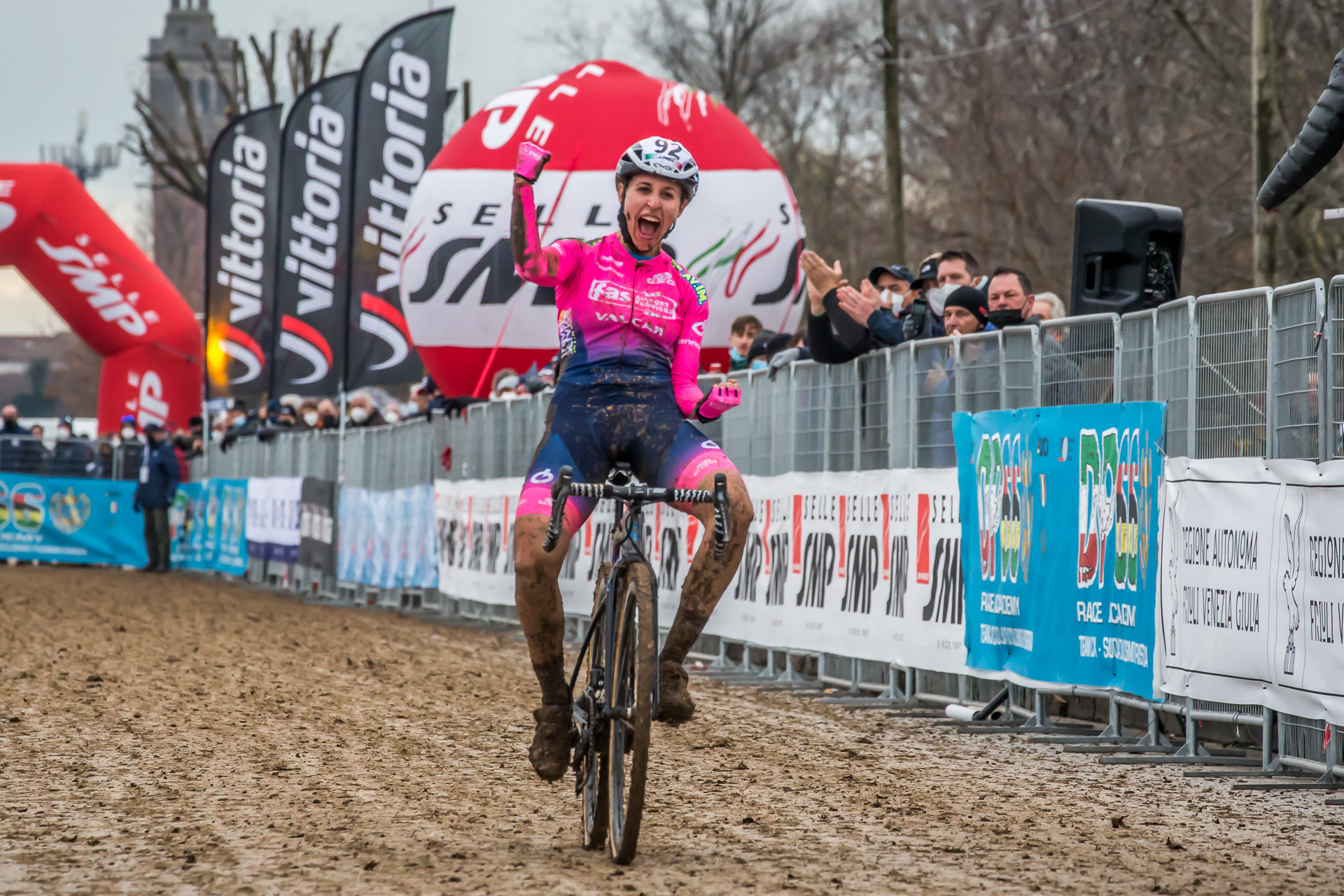 She had come close to us three times in the Under 23 category and, on the fourth attempt, the first among the Elite and with the FAS Airport Services jersey, Silvia Persico finally managed to graduate Italian cyclocross champion.
Capital proof is the performance of the Bergamo rider who, on the demanding Variano di Basiliano track, managed to do what she wanted: a solid and error-free performance.

«Already on the eve of the race I had excellent sensations and the first lap gave me a further boost», confirms Silvia Persico, in her first tricolor jersey in cyclocross after those collected in the youth categories on road and track. «I tried to stay calm, managing the advantage I had over Eva and avoiding overdoing it to increase the gap. A correct strategy that brought me to the top step of the podium ».

Behind the new Italian champion, teammate Eva Lechner finished, the only one to keep pace with the tread in the first part of the race, with home favorite Sara Casasola third.
And for the 24-year-old who grew up in Cene, this first place represents a starting point.
“Yes, the Italian title is not just the culmination of a dream but the first step towards further growth. In the coming months and next winter I will have to honor the Italian flag in the most important international races and, in three weeks, there is another important milestone: the world championship in Fayetteville, in the United States “.

After the placings in the World Cup and the two athletes in the top 10 of the European championship, FAS Airport Services thus hits another important competition in its first season. All in anticipation of the next, decisive appointments. Before the US trip, which coach Daniele Pontoni should call in a few days, next Sunday another World Cup test in Flamanville (France), before the trip to Holland for the Hoogerheide stage on 23 January.

Returning to the Italian championship, Alice Maria Arzuffi’s race, the outgoing winner, was unlucky, forced to retire due to some mechanical problems when she was already out of the fight for the victory. And it went even worse for Under 23 Lucia Bramati, who had to give up taking the start due to some health problems that have been affecting her since the end of 2021.
However, the hug at the foot of the podium testifies that Silvia Persico’s success is seen by her teammates as a success for the whole team.