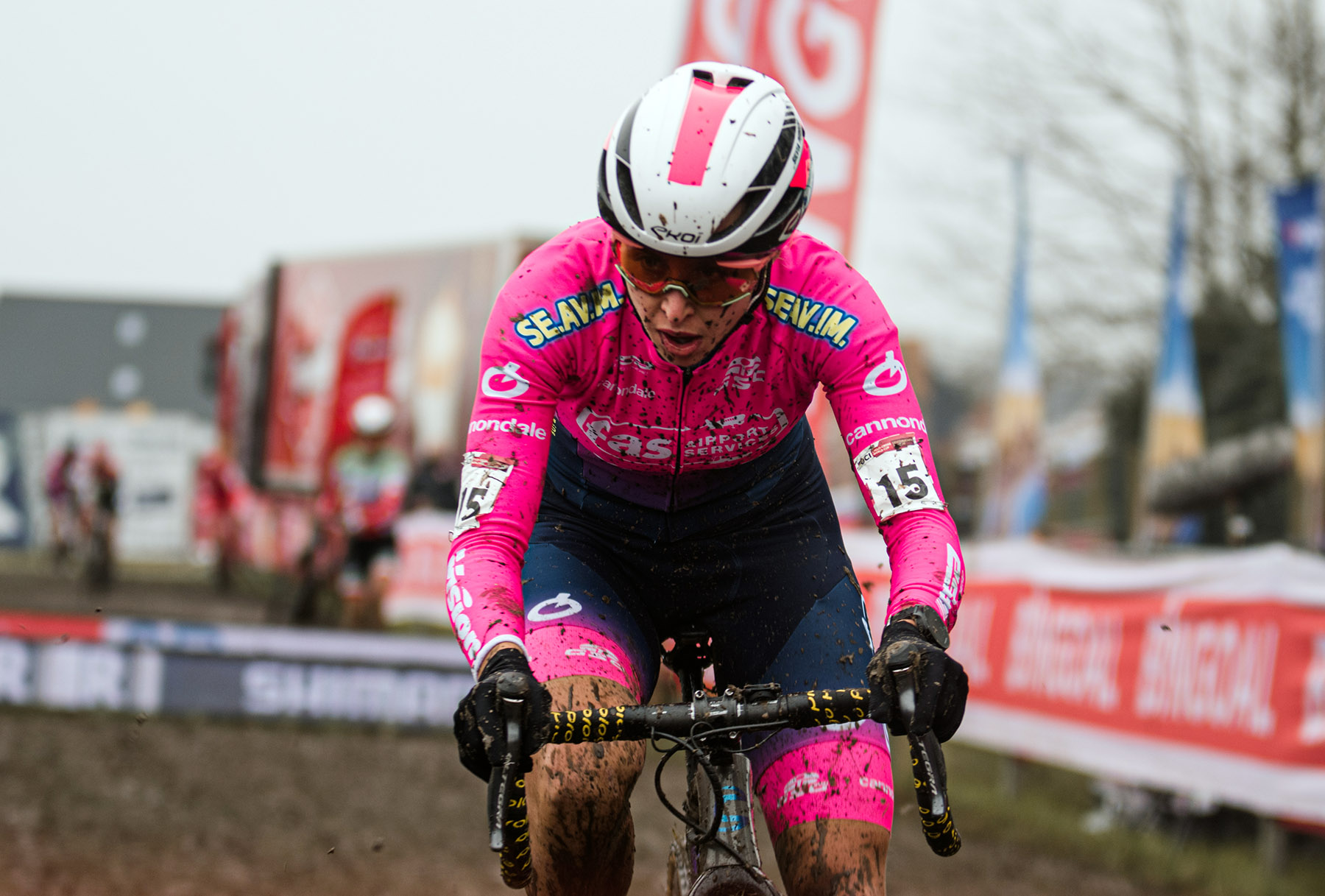 The first victory of 2022 for FAS Airport Services is signed by Silvia Persico from Bergamo, who went to
sign at the Cyclocross of the Year, an event organized in Casalecchio di Reno and valid as the third and last
test of the Master Cross Emilia Romagna.
The athlete born in 1997, already on the top step of the podium this season at the Guerciotti Trophy on November 1st
last, she left behind Alessia Bulleri and Chiara Teocchi, at the end of a race that the same winner
defined ‘particular’.

“Having decided only at the last to participate, for the first time in my life I left without even having
tried the track », confesses Silvia Persico. «For this reason I was very cautious in the first lap, being
a wheel by Alessia Bulleri and Chiara Teocchi; then in the second part of the race I took the lead and,
without risking anything, I reached the finish line ».

The reason why the FAS Airport Services athlete did not prepare the Bolognese appointment is that the plans
of the team were to take part in the Netherlands in the Hulst World Cup event. A trip
which was skipped due to the health situation that currently characterizes the Netherlands.
«With only one week left for the Italian championships, we preferred to give up so as not to put them at risk
the tricolor review ”, confirms Silvia Persico. «Eva Lechner, Alice Maria Arzuffi and Lucia Bramati have
observed a rest shift; I, who had already rested in Zolder, instead preferred to compete to try the
leg in view of the tricolor test on January 9th ».