By fas-airAugust 2, 2021News
No Comments 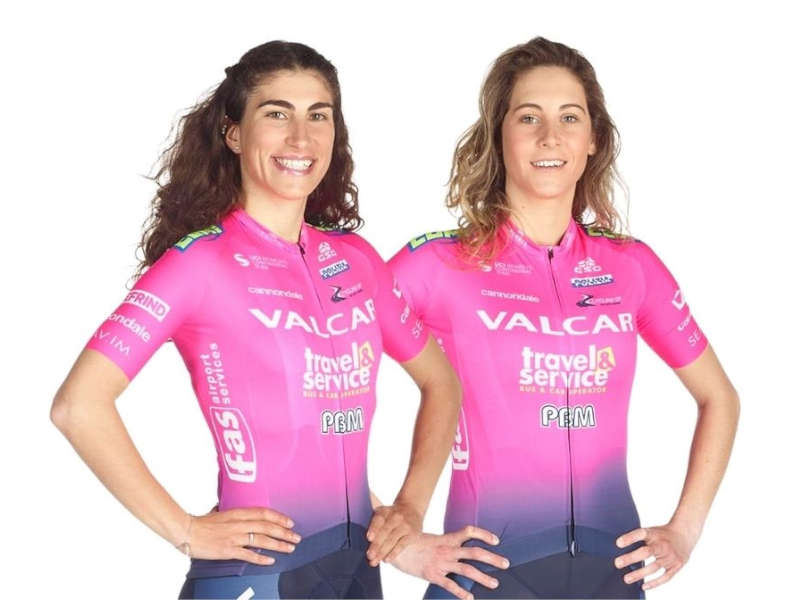 Historic result for the Italian women’s national team that won the final in the team pursuit at the Tokyo Olympics thanks to the fourth fastest time behind Germany, Great Britain and the United States. And also for Valcar – Travel & Service this is a day to remember, because two athletes of the italian quartet are affiliated for this team. Their names are obviously those of Elisa Balsamo and Vittoria Guazzini who with these Olympics are concluding a long path of growth that has led them to compete at the highest international levels.
And for being the first Olympics of their young career, the results are wonderful. In fact, the italian quartet directed by Edoardo Salvoldi and composed of Elisa Balsamo, Rachele Barbieri, Vittoria Guazzini and Letizia Paternoster recorded the time of 4: 11.666, which is the new Italian specialty record. An extraordinary result, because this time was very close to the old world record (about a second of difference).
The new world record was instead literally pulverized by Germany which recorded an impressive 4: 07.307, beating Great Britain by 1,715 seconds, the United States by 2,811 seconds and Italy by 4,359 seconds. France is far behind, fifth at 5,195 seconds.
It is difficult to think that Italy can compete for a bronze medal, because the distance from the U.S.A. is really a lot, but the mistakes made in the final by both the Americans with Chloe Dygert and the British with Katie Archibald (both have ‘detached’ their teammates in the last km of the race) leave open a small hope of a medal in the final tomorrow morning.