Valcar – Travel & Service best team at RideLondon Classique, thanks to Chiara Consonni’s
fourth place in London. And in Italy comes the victory of Lizzie Stannard. 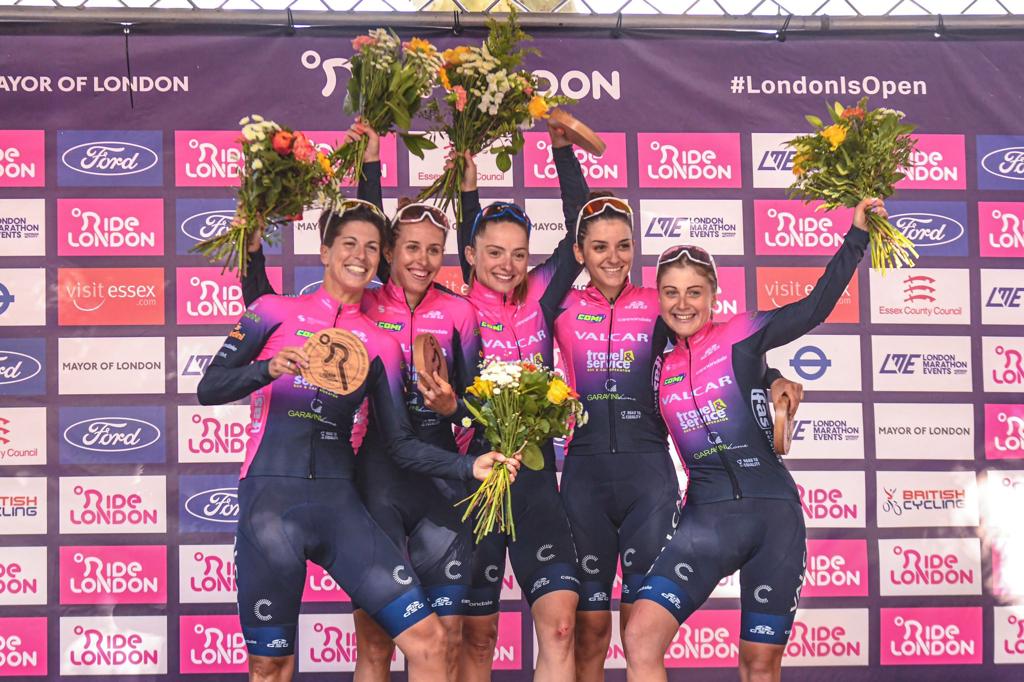 Lots of blue-fuscia in London in the last stage of the RideLondon Classique. The girls directed by Davide Arzeni won
the ranking reserved for the teams, confirming their good shape and personality on the fast track in London.
After placing Chiara Consonni and Silvia Persico in the first two stages’ top 10, in London Valcar – Travel & Service
won the first intermediate sprint thanks to Anastasia Carbonari; then Chiara Consonni ended in second position the
second intermediate sprint. And on the final straigh Chiara was able to finished the bunch sprint in fourth position.
Important placements that allow her to jump to fifth place in the general.
But in the team’s evaluation there are also Silvia Persico’s seventh place in the general classification (and third in
Queen of the Mountains chart), Eleonora Gasparrini fifth place among the youngest. Team results obtained also
thanks to Anastasia Carbonari, Ilaria Sanguineti and Karolina Kumięga.
The good news for Valcar – Travel & Service is not limited to London. In Italy, in fact, Lizzie Stannard gave her team
the fourth victory of the season by winning the Euganissima Flandres, race held in Lozzo Atestino (Padua).
The Australian, who has been racing for the Italian squad since last September, stormed to victory in two moves.
Before she promoted the winning move with Gaia Realini and Colombian Jessenia Mendez Gonzales, then, with two
kilometers to go, she attacked one more time to obtained a solo victory.
«This race was suitable for my characteristics, with a lot of short and steep climbs. I was in the important breakaway
and, on the final climb, I did my best to come up for the win».
And this victory is important for Lizzie, who celebrated his 25th birthday two days ago, after a difficult and bitter first
part of the season.
«It was a complicated winter where I got injured. Then the falls at Setmana Valenciana forced me to start over again.
Only now, after the Spanish races, I am finding my best leg speed. Next week I’m going to race the Trofeo Città di
Meldola in Italy; then from 18 June we will focus on the Tour de Suisse, a race that will allow me to improve my
shape».