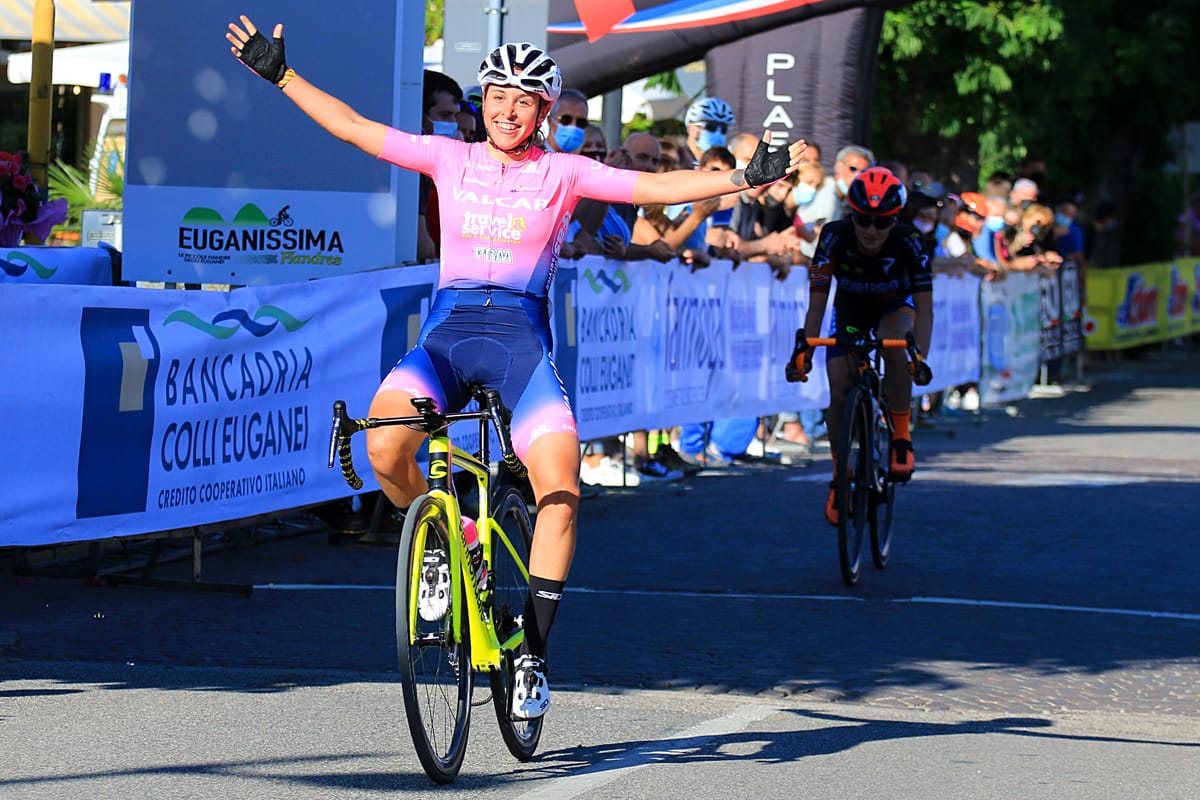 Silvia Persico’s moment of form continues and after her convincing performances in Luxembourg at the Elsy Jacobs Festival and in Spain at the Vuelta a Burgos, she finds victory on Italian soil at Euganissima Flanders, winning the two-man sprint with Debora Silvestri.

On the podium also the Valcar – Travel Service teammate Ilaria Sanguineti, in the ten also Eleonora Gasparrini, seventh, and Silvia Magri, ninth. “In this period I feel very good, I come from a good moment of form, but in Spain perhaps the level was a bit too high for me and the climb of the last stage was too long – says Silvia Persico at the end of the event. scene in Lozzo Atestino (PD) – today we controlled the race, we entered the initial breakaway of twenty athletes with Silvia Magri and Silvia Pollicini, then with three laps to go I started with Giorgia Bariani.

After the climb I ran away no longer with Giorgia who had broken away, but with Debora Silvestri who had recovered me. In the end we arrived in the sprint and I managed to get the better of it ”. The story of Silvia Persico is certainly an example also for the athletes of the youth sector of Valcar – Travel & Service, because Silvia has continuously worn the fuchsia jersey of the Bottanuco (BG) team since she was 13 years old.

A youth sector that also bodes well for the near future. In fact, in the junior category Serena Brillante stood out, winning an excellent third place in the race won by Francesca Barale, while the pupil Marta Pavesi took second place in the race won by Federica Venturelli. Finally, the rookie Maria Acuti also conquered yet another seasonal placement among the ten, finishing fifth in the competition won by Linda Sanarini.