Latam updates its A320s with the Dpo function 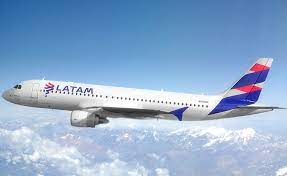 Latam Airlines updates the A320 fleet. The airline will equip more than 200 aircraft in the range with the Airbus ‘Descent Profile Optimization’ feature to save fuel.

All the equipment kits needed to install the software will begin delivery from the end of 2021 to the beginning of 2022.

The function will allow aircraft to descend from cruising altitude using only the thrust of the engine at idle, which will reduce fuel consumption and result in a proportional reduction of CO2 and NOx (nitrogen oxides) emissions.

To further improve the reduction in fuel consumption, the Dpo function will maximize the time spent at an efficient cruising level and subsequently minimize the amount of time spent in an inefficient “leveling” phase at the end of the descent.

Optimizing the flight path of the aircraft is one of the key factors to further improve efficiency in collaboration with air traffic control. Therefore, by optimizing the descent routes of its aircraft and reducing the flow of fuel to the engines thanks to the function, Latam Airlines will achieve fuel savings of over 100 tons per aircraft per year across its entire network, even at restricted airports. such as Lima, Santiago and Sao Paulo. This will reduce CO2 emissions by more than 300 tons per aircraft per year.