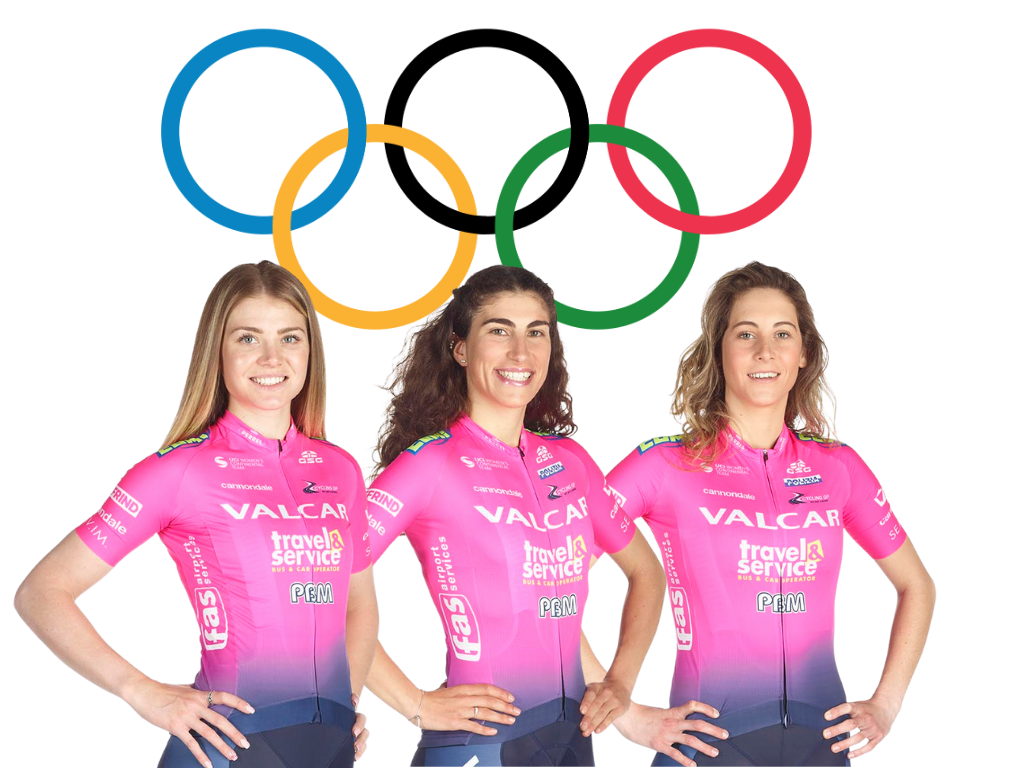 FAS Airport Services is proud to announce that three athletes from Valcar Travel & Service, of which we are sponsors, have been called up for the Tokyo 2021 Olympic Games. The three athletes are Martina Alzini, Elisa Balsamo and Vittoria Guazzini.

For the top world sporting competition, Martina Alzini, Elisa Balsamo and Vittoria Guazzini will wear the national team jersey selected for the track. In addition to the three athletes mentioned, Rachele Barbieri, Martina Fidanza and Letizia Paternoster will complete the squad.

From her blog Elisa Balsamo commented: “I think that participating in the Olympics is the dream of every athlete, and it is the same for me: I managed to realize a dream that I have carried with me since I was a child, then I did not know in which sports (in fact as a child I practiced many), but I knew very well that watching that event on television was great fun and that, sooner or later, I would have liked to be watched by my family and no longer be there on the sofa with them cheering in front of the screen. “

Vittoria Guazzini also did not fail to let the fans know her mood on her Instagram profile: “If they had told me (as a child) I don’t know if I would have believed it but maybe, a little, I have always hoped for it. Thanks to those who have understood, supported and endured me in recent years (…), to those who have always believed in me and have shown it to me every day. A special thanks to my family who have been by my side since the first ride, I’m sure that without them I would not be here. It will be an honor to represent Italy at the Olympic Games. “

Also on Instagram Martina Alzini commented: “Since I started pedaling, my biggest dream has been to be able to participate in the Olympics one day! That day has arrived, officially convened for Tokyo.” An enthusiasm that infected fans who, with 5,551 impressions including Likes and comments on the Instagram profiles of the athletes and Valcar-Travel & Service alone, made them feel the closeness to these girls.

“This for us is, at the same time, a point of arrival and a starting point – said the president of Valcar-Travel & Service Valentino Villa – for five years we have worked to achieve this goal and if three out of six athletes are of the our team, it means that we have worked well. Our words were followed by deeds, and the girls were wonderful. But now we have to start again: more investments are needed if we want to continue growing. Abroad they understood long before us that women’s cycling is the new frontier. Here in Italy the athletes are there: strong, loved and highly followed on social networks. Here you are on the safe side. A few years ago we could have thought that ours was a bet, but now it is no longer the case. Our goal is to reopen a new cycle; after all, the next Olympics are only three years from now ”.