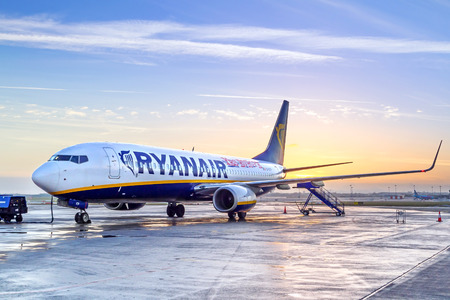 Ryanair is strengthening its presence at Malpensa airport with an additional aircraft for the winter season, which will bring the total number of aircraft on the base to eight. This will represent a total investment of $100 million on Malpensa and will create 30 additional jobs. As the vaccination campaign continues, European tourism is opening up and Ryanair’s increased connectivity will play a crucial role in restoring air traffic to the Milan region for the summer and winter seasons, during which FAS Airport Services will provide Ryanair with dedicated services for emergency management, passenger lay-over and crew accommodation on all Italian airports.

Traffic recovery
Ryanair’s Commercial Director Jason McGuinness said: “We are delighted to offer recovery and growth to Milan Malpensa and the regions as Italy emerges from the pandemic. Following the success of the vaccination programmes, Italian air traffic is set to recover strongly and we are delighted to announce our expanded summer and winter operations to Malpensa, including an additional aircraft based for winter with a total investment of $100 million. With 36 destinations to choose from in summer and winter, including 4 new routes in both seasons, our customers will be spoilt for choice”.

The partnership with Sea
Sea’s vice president aviation business development, Andrea Tucci, added: “Sea Milan Airports is very pleased with Ryanair’s new investments at Malpensa airport, consisting of an additional based aircraft, new frequencies and new destinations, and with a positive employment impact on our territory. The partnership between Sea Milano and Ryanair airports continues to generate very important results for Malpensa, such as the complete restoration of Ryanair’s pre-Covid capacity at the airport and further developments for the future. Thanks to the recovery of Ryanair and several other carriers, as well as to the measures put in place, the Sea airport system is growing in terms of route portfolio and is rapidly recovering capacity, traffic and market share, effectively becoming the first national airport system by volume of passenger traffic in the first half of 2021”.